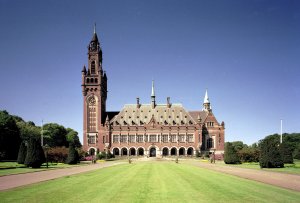 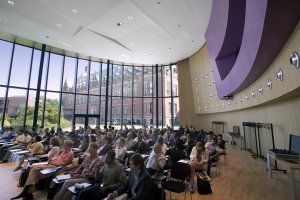 Founded in 1923, the Hague Academy of International Law has for decades served as a global centre for research about and teaching of public and private international law.
Each summer the Academy organizes in its building located on the premises of the Peace Palace a six-week course at which well-recognized international law scholars present lectures and seminars in French and English on a wide range of current topics to young lawyers from throughout the world. These lectures are then published in the Academy’s prestigious Collected Courses.
The Academy also conducts a three-week summer Centre for Research aimed at in-depth research by younger academics on a selected contemporary issue under the direction of two senior scholars. In addition, the Academy has since the 1960s held courses in Africa, Latin America and Asia with a view to promoting worldwide knowledge of international law and its developments and contributing to the establishment of peace.


© 2014 by The Hague Academy of International Law